This work represents the current stage of a long-term research aimed to create a tool / language able to generate dynamic compositions of forms and colors. The source for image synthesis is based on the results of physical simulations and mathematical procedures derived from patterns of nature.

The current system is aiming to create a new medium between steady and motion picture. The surface is formed of movements close to the limit of human perception.

From a distance, these compositions appear like still images, but as we get closer they start to reveal details as well as underlying coherences. The compositions are the result of endless simulations. Each frame is the univocal consequence of the previous one.

This medium cannot be considered as a conventional image. The material of the creation is made from pure logical connections. The presence of the slowly moving focus point enhances the idea of temporariness creating the impression that the whole can never be experienced. The lack of information forces the viewer to change his/her perspective and to get more involved in the phenomenon.

The elements of the compositions are archetypes of physical structures. There are no concrete shapes. Blobs and lines are compiled inside the viewer, they materialize in our cognitive space. They force the viewer to constantly create associations. The graphical objects composing the image are the result of complex geometric calculations. The organic and living effect of the surface is created only inside our brain; it is the result of our mental projection. The image generated is just as much close and familiar as far and unknown. 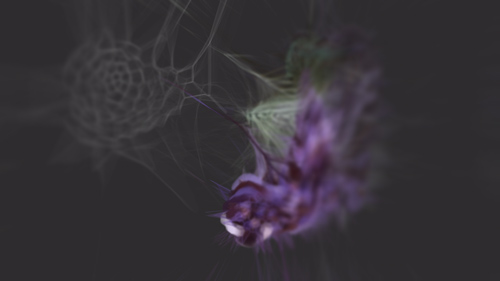 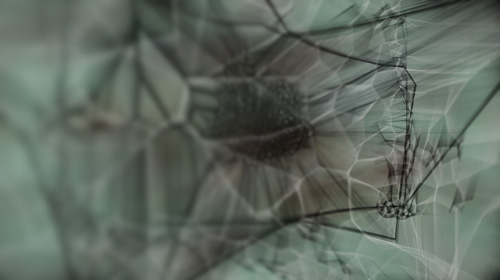 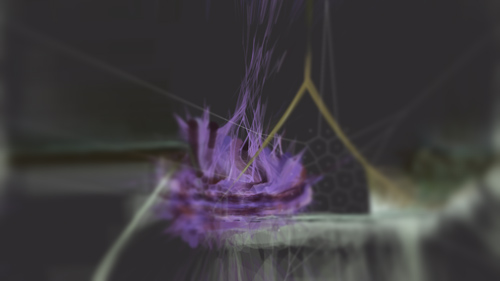 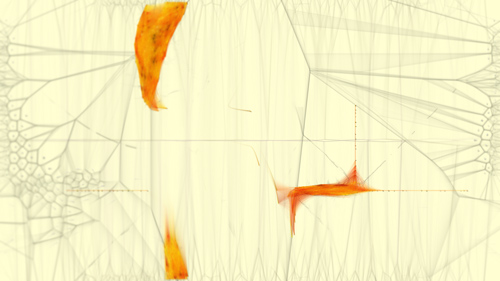 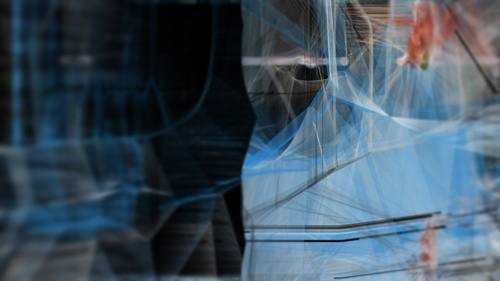