Raw sonification of a 1D reaction diffusion system. Reaction diffusion systems are mathematical representations of the behaviours of fluids that can be found in nature. A key characteristic of these systems is that the initial parameters are simple but the resulting process can be extremely complex. Here, each pixel brightness affects the brightness in the corresponding pixel line. Frequencies of the sound waves are the sonification of these pixel values.

LandWaves was originally a byproduct of our live coding gigs with No Copy Paste (aka Gabor Papp et al). We started experimenting with reaction diffusion systems in graphics and corresponding sonic aspects. The video below is a first iteration of the idea made with Processing.

land of a 77 waves from binaura on Vimeo.

An installation is made for our exhibition "Sudden Ramifications" which was made at Artus Contemporary Art Studio, 2014. That version was ported to C++ using OpenFrameworks and Raspberry PI. The following photos were made at the event. 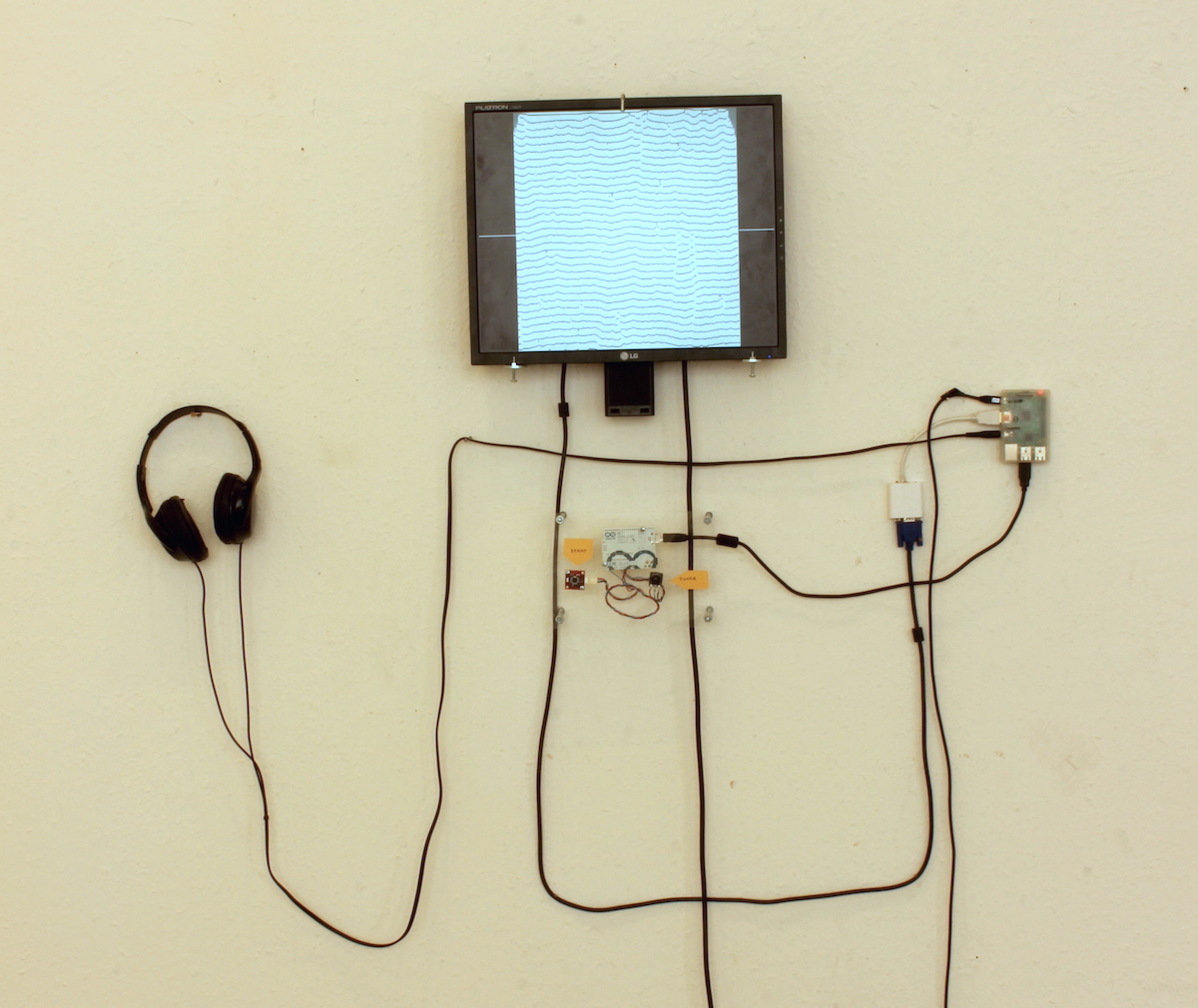 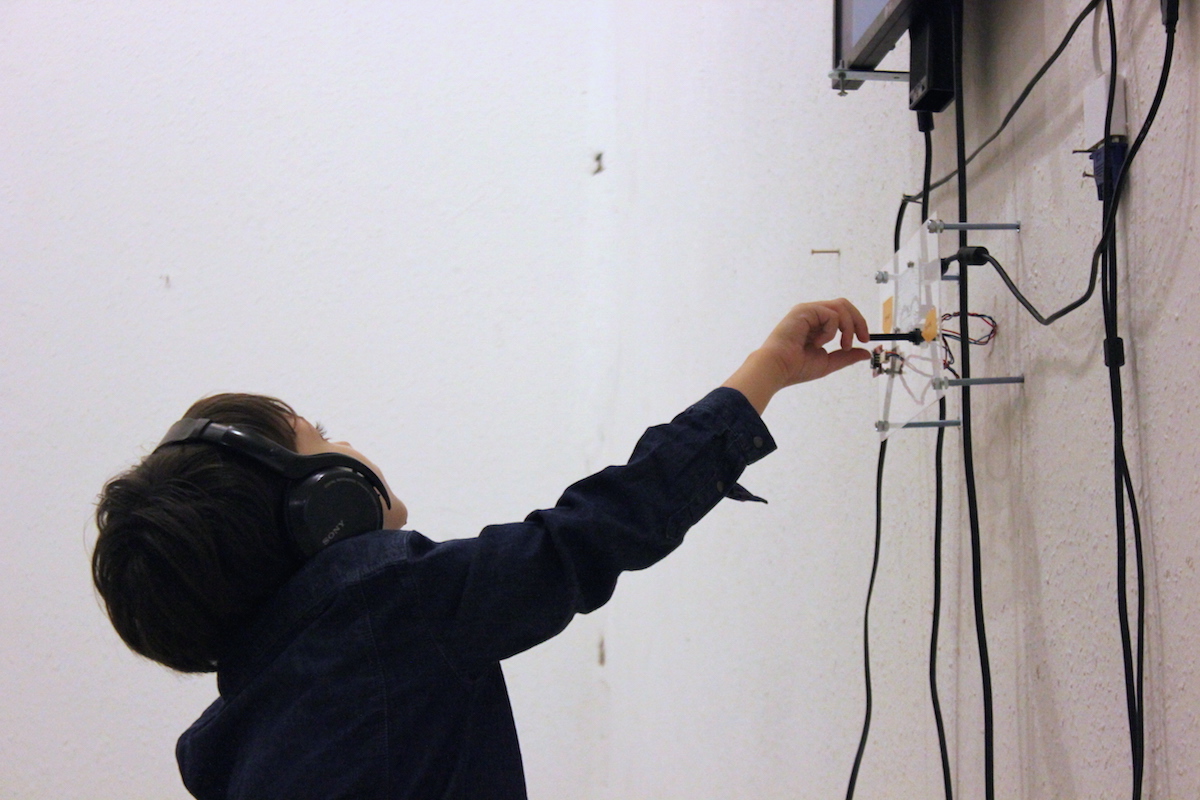 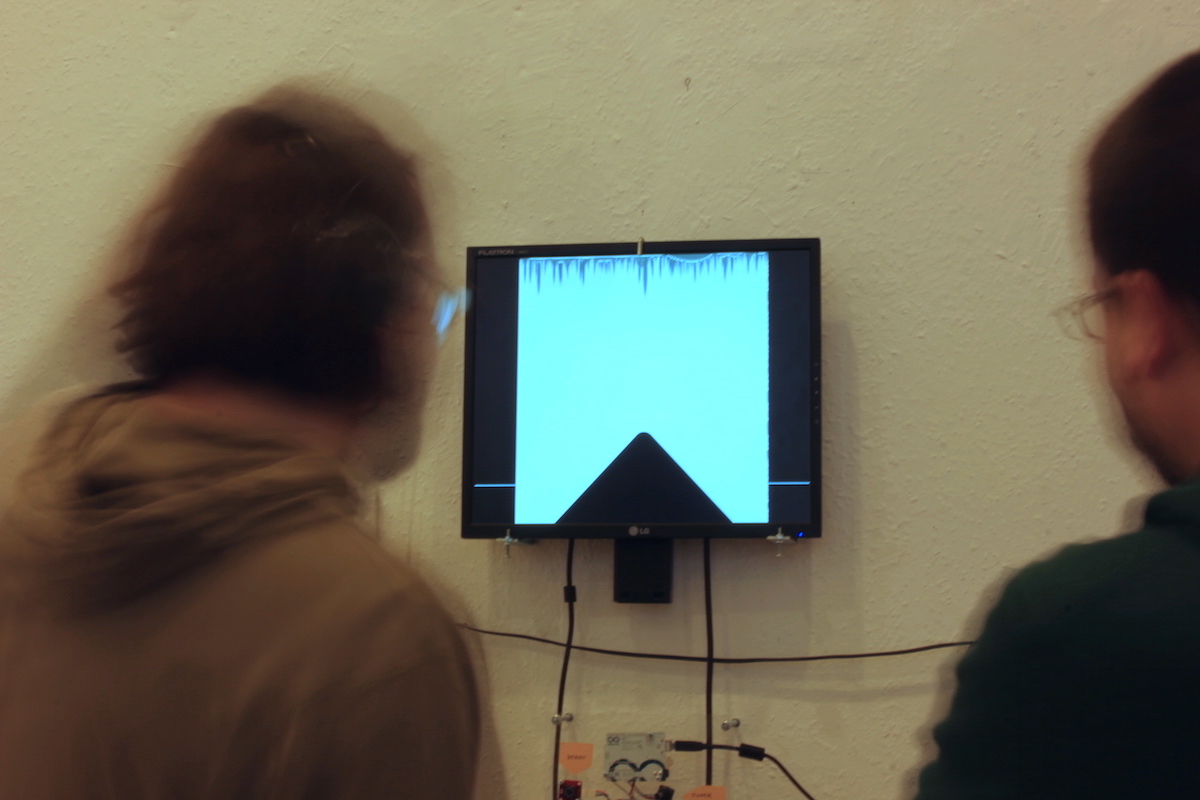 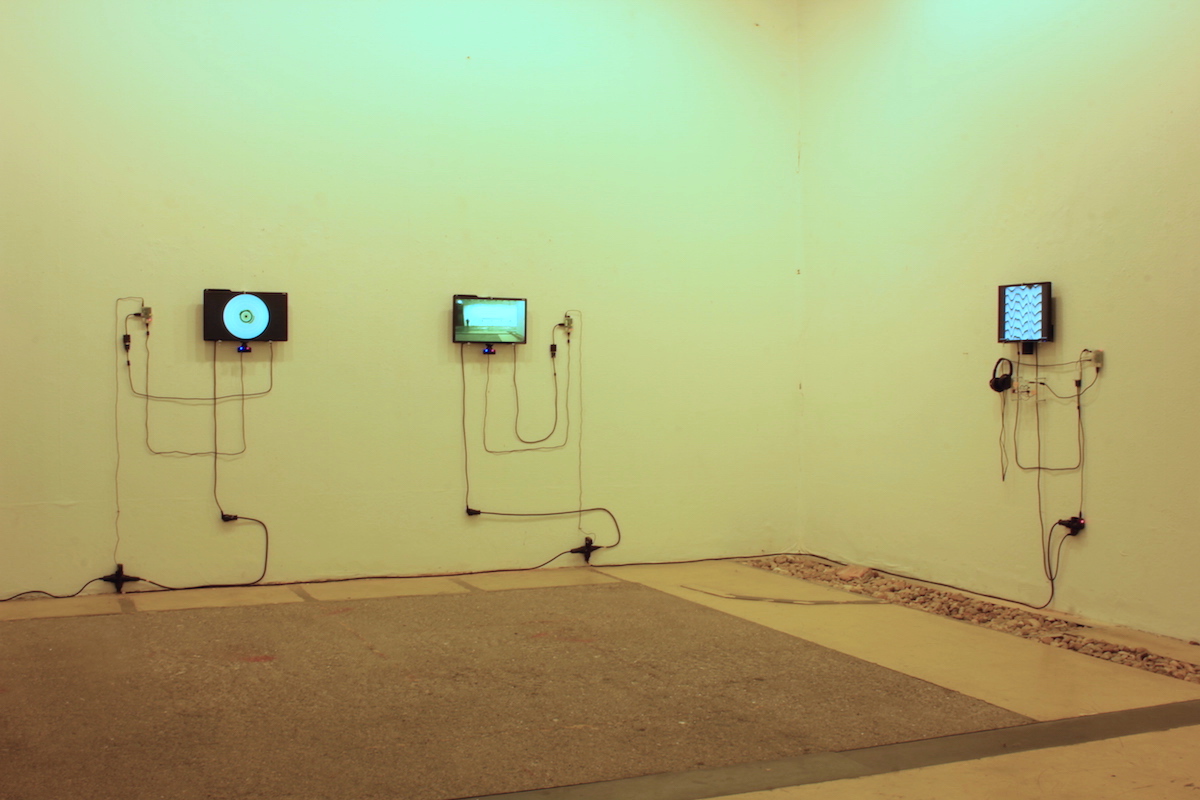 As of 2015, Land Waves is available for iOS, being our first anti-app non-interactive piece designed for the app store. Follow the link to download ( free )